As the word “Dutch” would suggest, Low Dutch who built the Six Mile Meetinghouse were descendants of Holland Dutch, but with a good many French Huguenots mixed in. Their ancestors were some of the earliest European settlers in America, having immigrated to New Amsterdam during the decades before the English took over and renamed it New York in 1664.

They spent the next two centuries running away from the English, trying to avoid being sucked into the great American melting pot. They had a dream of a Dutch colony somewhere on the frontier with enough land to sustain generations of large families. Here they could preserve their language, church, customs and ethnic identity. With that dream, they rode the crest of the great wave of pioneers moving the American frontier ever westward.

They spread out into New Jersey and then Pennsylvania where they adopted the name “Low Dutch” to identify themselves as coming from the low lands of Holland and to distinguish themselves from the more numerous Germans or High Dutch.

During the American Revolution, they realized a move across the mountains would be necessary to find enough land to build their colony.

They were probably the largest group of connected families ever to make the dangerous trek to frontier Kentucky. Two large groups of Low Dutch made the trip by two very different routes in the spring of 1780. One group came by land, through the Cumberland Gap and over the Wilderness Trail to the Boonesborough area. The other group came by flatboats down the Ohio River from Fort Pitt to the Falls of the Ohio at present-day Louisville.

They quickly imprinted their name on the map of frontier Kentucky – literally! John Filson’s famous 1784 map of Kentucky included not just one Low Dutch Station, but two! Both of these stations, or small forts, were on lands rented from famous names of early Kentucky. One was among the cluster of stations built along Beargrass Creek on lands rented from Col. John Floyd. The other was built on lands rented from James Harrod in the Mercer County area around Kentucky’s first town, Harrodsburg.

In 1782 the Low Dutch took their dream to Congress – the Continental Congress – in the form of a petition asking for a grant of land on the northwest side of the Ohio River. They described how they had come to Kentucky in the spring of 1780…

Instead, the Indians had confined them to stations or forts where they were always in danger and frequently on military duty. Many of them had been killed or captured while being barely able to support their families. Worse of all, the best lands had been monopolized and were only available at an advanced price. They asked Congress…

“…to enable them to settle in a body together…to put their intended plan and purpose in execution, they having principally in view the Glory of God, the promotion of Civil and religious society, educating and instructing their rising generation in the principals of religion and morality…”

Congress tabled the petition and the Low Dutch turned to yet another famous name of early Kentucky to fulfill their dream – Squire Boone.

Squire Boone had built his Painted Stone Station a few miles north of present-day Shelbyville in the spring of 1780. The Low Dutch found in Squire Boone the best hope for obtaining the lands on which to build their colony. Boone had a claim for thousands of acres “…No East of the painted stone about 6 miles…” where the buffalo road from Drennons Lick crosses the first branch of “the big creek running into Kentucky 6 miles above Drenon’s Lick Creek…”

Six Mile Creek is actually about ten miles above Drennons following the Kentucky River, but the mouths of the creeks are about six miles apart as the crow flies. This description noted in other early claims on Six Mile apparently gave the creek its name. And the creek, in turn, later gave the Six Mile Meetinghouse its name.

Ultimately, in March of 1786, the Low Dutch purchased 5,610 acres from Squire Boone. The price was 935 pounds sterling – 250 pounds down and the remainder due in seven annual installments of 97 pounds 17 shillings payable “…in produce such as hemp Tobacco flour pork & Baken to be delivered at the Falls of the Ohio at Market price…”

On March 14, 1786, the Low Dutch gathered at their station in Mercer County to witness the Signing of the Article of Agreement formally organizing the Low Dutch Company and setting some basic rules to be followed in the settlement of the Low Dutch Tract. According to the Agreement they had purchased their tract…

The Low Dutch organized immediately in the spring of 1786 to take possession of their Low Dutch Tract and make their dream of a Dutch colony a reality. Unfortunately, they were driven back by Indians from that and repeated attempts over the next few years to settle the Low Dutch Tract. Settlement did not come until after General “Mad” Anthony Wayne’s victory over the Indians in 1794 at the Battle of Fallen Timbers. By that time, the dream of a Dutch colony had come unraveled. The Low Dutch were split almost equally between families who waited and eventually settled on or near the Low Dutch Tract and the families who had bought farms and remained behind in Mercer County.

The dream of a forming a Low Dutch Reformed Church Society was also unrealized. Mercer County attracted a Dutch Reformed missionary in the late 1790’s who organized the first Dutch Reformed Church west of the Alleghenies. That congregation built the famous hewn-timber-framed Mud Meetinghouse in 1800, but they were never supplied by their mother church from the East.

In the Low Dutch Tract, the settlers turned to their Scotch-Irish neighbors’ Presbyterian Church. Except for the language, the Presbyterians followed the same Calvinistic beliefs and same church governance as the Dutch Reformed Church. As for the language, the Low Dutch had unwillingly become quite accustomed to English during their Indian struggles and search for land.

About 1799 or 1800 an eccentric young Scotsman named Archibald Cameron organized the Six Mile Presbyterian Church to serve the Low Dutch. He was their pastor for 30 years while also serving other area churches. Archibald Cameron was the minister when this meetinghouse was built and originally dedicated.

Several Low Dutch families were the first converts to the Shaker missionaries who came here in the wake of Kentucky’s Great Revival that started around 1800. Low Dutch in fact formed the nucleus of the Shaker Society in Kentucky. Some of the first Shaker preaching took place in the Low Dutch Tract. Included among the Shaker converts was one of Six Mile’s original elders, John Voris, along with his very large extended family.

Defections to the Shakers and the New Lights depleted the Six Mile Presbyterian congregation. They were also reduced by removals to Indiana and Ohio. Indeed, the losses by the Low Dutch from migrations to Johnson County, Indiana, in the 1820’s were so great that it was referred to as “the Exodus.” But Six Mile’s losses were Indiana’s gains. Six Mile was the mother church for several Indiana Presbyterian congregations in Jefferson, Switzerland, Johnson, Marion and Brown Counties. Franklin, Greenwood and Hopewell in Johnson County are active large congregations today. Those Indiana churches in turn fed the next wave of migration West of the Mississippi.

The upheaval of the Exodus to Indiana led the Low Dutch to finally build this meetinghouse in 1824 to help stem the tide of the Exodus. One church record says Archibald Cameron preached among the Low Dutch “at a commodious school house” until 1824 when “they have now a good meeting house called the Six Mile Meeting House…”

It sat on the three-acre meetinghouse lot set aside by the Low Dutch Company right in the center of their Low Dutch Tract. Highway 421 through here runs northwest to North Pleasureville through the middle of the Tract along the dividing line between several of the original 200-acre farms. The meetinghouse originally sat on the other side of the road a half-mile northwest of here where the Low Dutch Colony highway marker stands.

Of course the Six Mile Meetinghouse was obviously also the religious center of the Low Dutch community. It was their church for over 30 years. For most of that time we pretty much have a record of what went on. It is recorded in the Six Mile Church Session Records commencing with the year 1829 – just five years after the meetinghouse was built.

So what, according to the church records, went on within the four walls framed by these magnificent timbers?

The records include the expected baptisms, members leaving and members joining. The records are “quaint” by modern standards. Prospective members “were examined as to their acquaintance with experimental religion” before being admitted to the privileges of the church.

In this case “…in the judgement of the Session the evidence being abundantly sufficient to sustain the charge of intoxication alledged against him by Common Fame, it was unanimously, resolved by Session that he be, and that he is hereby, excommunicated from the communion of the Presbyterian Church.”

The Church was forgiving of its repentant sinners. Another member “…who voluntarily came before them and acknowledged that he had been guilty of the sin of intoxication, and having made a full and satisfactory expression of repentance, Session resolved that his sin, with his expressed repentance be announced to the church from the pulpit, and that he be permitted to retain his connexion with the church in good standing.”

This announcement of the sin and repentance from the pulpit was also the remedy for breaking the seventh commandment. Sin, repentance and forgiveness were very public matters when the Six Mile Meetinghouse was in use! 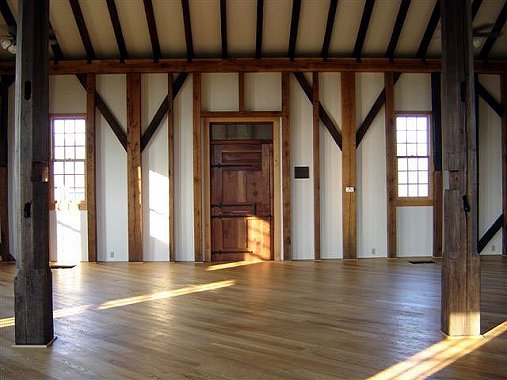 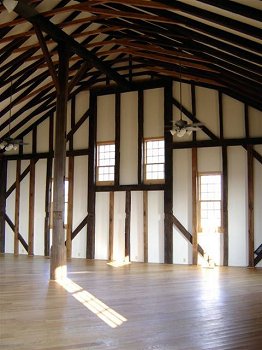 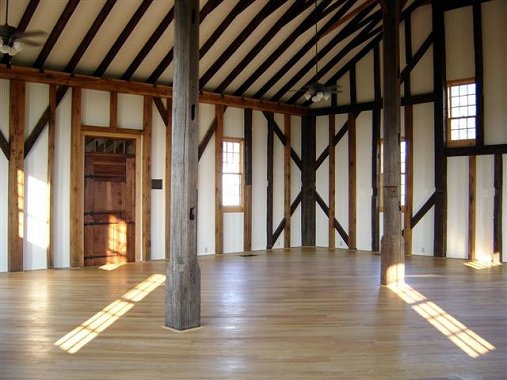